The company was founded in 2000 by John Cahill, who had worked initally as a programmer in 1986 with an East London company, Brown And Tawse, a steel-stock company. He then moved to Unisys in North-West London in 1989 where he remained until 2004. In that time he gained a great deal of experience programming in many different languages, using the latest technologies writing programs and developing systems, mainly in finance and in HR-related areas such as staff expenses and benefits.

Hypertext Publishing was conceived in response to requests from business-owning friends who were interested in gaining a foothold in the relatively new phenomenon, at that time, of company websites. It seemed that the more forward-thinking businesses were keen to have a web-presence but due to the lack of available skills in the area, it was difficult to find anyone:

Hypertext Publishing's reputation has grown mainly by word of mouth: our customers have recommended us to others due to the high quality of work we provide, our quick and efficient service and, last but not least, our fair-pricing policy. 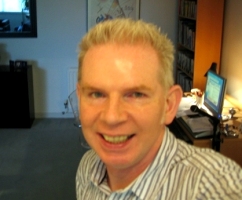